Hello, everyone, and welcome to Infinite Reads’s first blog tour! Aw, a blog tour. My baby is growing up.

Some of you may remember my review of The Gathering Storm from earlier this year. If not, here’s the quick and dirty summary of this series: Place–1880s Russia. Sitch–the imperial court is chock-full of every paranormal creature you can imagine finding hanging out in dark, snowy forests and glittering ballrooms. Heroine–Katerina: smart, progressive, ambitious (wants to go to medical school), aristocratic (literally), and, oh, yeah, she can raise the dead, sometimes totally on accident. Villain–Konstantin, the lich zsar, a really evil dead guy who is always trying to come back. Love interest–sexy, brooding, and telepathic George, destined to be the next Russian super-wizard. He’s also a prince AND he’s not a jerk. They just don’t make heroes like George often enough. Sigh.

Well, let’s get the lowdown! 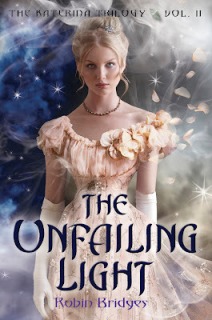 Having had no choice but to use her power has a necromancer to save Russia from dark forces, Katerina Alexandrovna, Duchess of Oldenburg, now wants to forget that she ever used her special powers. She’s about to set off to pursue her lifelong dream of attending medical school when she discovers that Russia’s arch nemesis–who she thought she’d destroyed–is still alive. So on imperial orders, Katerina remains at her old finishing school. She’ll be safe there, because the empress has cast a potent spell to protect it against the vampires and revenants who are bent on toppling the tsar and using Katerina for their own gains. But to Katerina’s horror, the spell unleashes a vengeful ghost within the school, a ghost more dangerous than any creature trying to get in…

Yeah, way to freaking go, Empress. “Oh, Katerina, you can’t go to medical school because we have to keep you safe! You have to go back to Smolny and deal with that evil witch Elena who cannot understand that you will never marry her jackwagon brother. You’ll be safe there!” Way to crush her med school dreams for NOTHING.

Poor Katerina. All she wants to do is get on with being awesome. She stopped Konstantin. She has permission to go to med school. George hasn’t quite figured out how they’re going to seal the deal on their relationship, since they’re still aligned with different courts, but at least they managed to sneak off and make out once. Compared to the events of Gathering Storm, life’s looking up. But then they send her to Smolny. And cast a spell to keep her safe that also shuts off her powers and frees a ghost so bitchy, she makes Moaning Myrtle look like Casper. George is off being super-secret wizard guy in Paris and can’t even hear her thoughts because of the spell. Her brother is off on secret military maneuvers. That pretty much leaves Katiya with only Elena and the mysterious Alix for company. Oh, and that jackwagon Danilo is still invading her brain space. Since he drank her blood, they’re bonded. She’s stuck with him. He’s still hellbent on marrying her for her powers. He’s an ass. I want George to shoot his face off with a bolt of wand lightning.

No, that’s not a euphemism.

Here are my gripes, although they’re fairly few:

Other than that, I enjoyed the story and finished it in two sittings. I love how Bridges takes history and makes it her own, blending all these different magical creatures in with total confidence. Honestly, zombies, witches, vampires, werewolves, wizards, necromancers, fae… It sounds like a big hairy mess! Somehow Bridges makes it all work without missing a step.

Katerina remains headstrong, smart (other than the Alix thing), and willing to take responsibility for scary, dangerous problems like ghosts. Despite being “cursed” with the necromantic powers, Katiya is a force for good who cannot stand to see innocent people hurt. If protecting them means putting herself at risk, so be it. She’s definitely superhero material.

While a smaller, more sedate story than the first installment, The Unfailing Light carries the series on admirably. I’m expecting a full-out war of the afterworld in book 3, and I know Bridges can deliver.

My hopes for the concluding installment:

Anyway, I definitely recommend this series.

That wraps up this review! If you’re following the blog tour, the next stop will be The Hiding Spot. See you there!